With the number of gadgets that people have multiplying, sockets for charging have become such a commodity.  Imagine if you have a phone, a Sony PSP, a dSLR, and a Nintendo DSi and you need to charge all of them at the same time when you have only ONE AC socket. O_O  Challenge much?

If you’ve faced the scenario above, then you’ll probably love the new universal charger from IDAFT, one of the Spain’s Chief mobile technology companies, the i4. 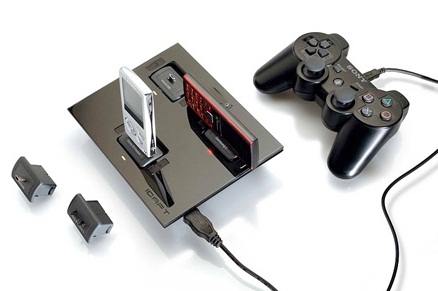 You got to admit it looks pretty cool, not to mention functional as the i4 is capable of charging different mobiles and other portable entertainment devices totally up to 4 of them simultaneously.  Is your gadget compatible with the i4?  Probably.  IDAFT did it’s homework and ended up with a charging station that’s compatible with more than 4000 electronic gadgets, including iPhones, PS3 controllers, Blackberry, GPS Systems, mobile phones, digital cameras, Bluetooth products, Nintendo DS and so on.

Users can also adjust and customize the interface accordingly to accommodate various shaped/sized gadgets. How? By adding customizable charging tips (see their catalog here). The charger itself comes with three standard charging ports and an additional USB outlet for charging. The charger device also features LED light indicators to let users know whether the gadget is fully charged up.

Too bad it’s not out yet but it will be come May 2010 in black or white for $59.99. The basic package comes with 6 of the most popular tips already included in the package (No idea how they ranked it though).  Too bad it’ll take longer to reach the Philippines 🙁