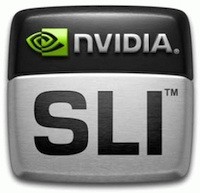 If you built a PC today and chose AMD for your processor/platform, chances are you’ll only have the option of getting an AMD (formerly ATI) video card if you want to go multi-GPU. Nvidia’s announcement today gives you the option of having SLI on the next generation of AMD chipsets.

According to Nvidia, SLI support will trickle into AMD’s chipsets starting with the 990FX, 990X, and 970, with support from top motherboard manufacturers Asus, ASRock, Gigabyte, and MSI. Looking at the mentioned chipsets, their names that AMD hasn’t officially announced yet but rumor has it that they will be released alongside Bulldozer-based Zambezi processors—the chipmaker’s next flagship CPU family.

Long term gamers probably remember that for a long time AMD offered great high-end CPUs, but in recent years, AMD’s stature as the preferred gaming CPU fell by the wayside and Intel CPUs have been the gamers’ choice. For this reason, we’ve only licensed SLI for motherboards with Intel chipsets. However, we’ve been recently hearing chants of “SLI for AMD CPUs”, and figured that now is a great time to do it. After all, we want to make sure gamers can benefit from the new CPU competitive landscape and ensure they have NVIDIA SLI.

To sum up, this is good news for enthusiasts and gamers looking forward to the Bulldozer-line for their next PC build. Hopefully Nvidia can eke out something like AMD’s Hybrid Crossfire solution (integrated + discrete in Xfire) but that’s probably wishful thinking.